When will we get HIV cure?  Several advances and researches have been made to develop the effective treatment of HIV which allows the people living with HIV to suppress the viral load to undetectable levels and prevent transmission to others? For the past 40 years, various trials are ongoing over the HIV vaccine as well. Although antiretroviral therapy is a wide leap towards effective treatment from the early starting of the HIV crisis, still there is a wide population dealing with HIV almost about 38 million.

Those individuals who are relying upon ART, have to take treatments for a lifetime which will take a considerable amount of physical and emotional dues. As well as the social stigma linked with HIV is quite high, a cure is really necessary to remove this emotional burden.

We are on our way towards the goal of finding a cure for HIV.

Finding a vaccine for HIV is very complicated as there are many moving parts. HIV is cunning and can be hidden for a prolonged time inside the host. Hene, it’s quite difficult to recognize and eliminate the virus from the immune system. Even after the effective ART, HIV can’t be fully eliminated from the immune system. The ultimate goal of HIV effective treatment is to detect the hide HIV and attack it through multiple angles. So that the HIV reservoir can be detected and the virus-infected cells can be killed efficiently.

The studies are ongoing focusing on inducing and reducing the virus. We can say that the biggest challenge in the cure of HIV is the virus itself. Due to its ability to stay dormant inside the host and re-emerging again after latency. Even if the patient has undergone effective antiviral treatments it can re-emerge once the treatment is stopped.

Therefore the cure for HIV has been few and with big gaps of time during the HIV epidemic. Till now there are only two examples of fully cured HIV, where the HIV wasn’t detected even after the months of stopping the ART, known as the Berlin and London patient.

Also read: will hiv ever be curable?

This should be important to know that those HIV cured were also the survivor of threatening cancers and got a series of invasive treatments like replacement of the whole immune system. Although, those cures were not meant for everyone and were risky and not implementable in all cases. But one thing happened that brought a hope that efforts can be done to achieve a cure and end HIV.

Collaboration is the key to any big task. So involved in finding the effective cure for HIV when the best brains will work together towards the same goal.

To bring the cure of HIV ViiV healthcare came into knowledge as a unique public-private research partnership that began in 2015 along with the university of north Carolina at chapel hill leading to a true HIV cure center and a mutually owned new biotech company.

This was the first collaboration of this kind for HIV cure. And it has united the strengths of a prominent public research institute and an evolving private industry leader. Altogether, ViiV healthcare and UNCs scientists are now as a team in labs on the UNC chapel hill campus and exploring and working on several areas of research to cure HIV.

Induce And Reduce: An Approach To Cure Hiv

As we know that HIV is a sneaky virus and can sustain in small areas of cells even if its spread to new cells is inhibited by ARVs. Until there is no method of exposing hidden HIV and particularly targeting those cells, we will be continuing our chronic treatments to keep the viral load minimal.

This is why the HIV cure research is currently progressing by Qura therapeutics and ViiV healthcare targets those reservoirs of the virus through the method of induce and reduce.

Thus, this method first aims to drive hidden HIV in human immune cells to form viral proteins that will allow the cells associated with to HIV be recognized, here induction will take place. And once these cells are exposed, ART can be given effectively targeting those reservoir cells to eradicate by the host’s immune system, here reduction will occur. Those induce and reduce agents will be given spontaneously while people are consuming suppressive ART therapy to prevent healthy cells from the virus.

Also read: what are some facts about hiv

It may seem quite simple, but it’s just complicated. It’s difficult to reactivate the virus in humans and animals safely and successfully.

The new research over induce strategy was published in a journal named “nature”. The collaboration of ViiV healthcare and partners at UNC-chapel hill and Emory university made this research possible. They summarised a scientific step forward in the efforts of pushing the virus out of hiding its reservoirs in two animal models. It was the very first time when a drug unknown to HIV therapy called IAP inhibitors was used which activated a signaling pathway in the cells that could induce the hidden HIV to get revealed and become visible. Also, with fewer effects over the healthy cells.

Furthermore, this initial research was indicated as “amongst the top ten most remarkable discoveries of 2020” as per the journal nature and created a novel Qura therapeutics program and progressing towards clinical studies in humans.

Concurrently, our researchers are also focusing on developing companion molecules that will target cells newly exposed to HIV to reduce the reservoir. If this method of developing such molecules gets successful, it could provide a strong way to cure HIV.

The strategies and methods to cure HIV are complex and need a commitment to succeed. If we look at the positive side to the efforts then, the initial steps we have taken to establish an approach to cure HIV will move forward from laboratory to clinical trials and big steps in the future. 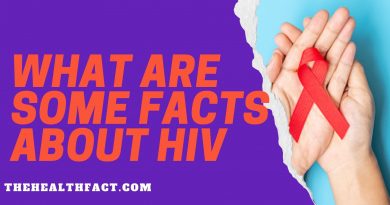 What Are Some Facts About HIV: Everything That You Need to Know About HIV 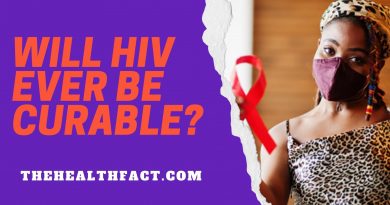 Will HIV Ever Be Curable: How Long Will it Take