Is pregnancy after menopause possible?

Isn’t it strange to hear about such as condition like menopause pregnancy? Menopause is considered when a female is not menstruated consecutively for 12 months. Usually, it comes at the age between 45-50. The females who usually get irregular periods are not at menopause. Even they can become pregnant, and the irregularity in periods may be an indication of low fertility. You are not at menopause until you don’t get periods the whole year.

Menopause is a stage when your hormones change and do not release eggs anymore. At this stage, you can’t become pregnant.

Menopause is the end period of the menstruation cycle. Falls at the age between 45-50. When a female got no bleeding a whole year, then she reached menopause. It may develop after and before the stated age. Women who experience irregular periods are not at menopause. They may be at their perimenopause stage.

Perimenopause is the beginning of menopause. In this stage, women observe irregular periods with hot flashes, night sweats. The hormones responsible for menstruation such as luteinizing(LH) hormones and follicle stimulation hormones (FSH) fluctuates. That’s why there is a rise in hormones leading to periods and falls when there are blank months.

Even though, you have irregular periods you can still become pregnant. If you don’t want to conceive, take birth control until you reach menopause.

Menopause doesn’t begin immediately. Menstruation levels fall throughout the menopausic age. When you are in the reproductive phase, your body produces certain hormones such as estrogen, progesterone, LH, FSH which when are at optimum levels include menstruation. But with age, the level of hormones fluctuates and brings irregularities in the menstruation cycle.

That irregularity phase is the perimenopause phase when your fertility starts to weaken. Though, you can still conceive. Menopause will only be considered when there is no menstruation for 12 months consecutively.

As the prefix suggests that it is the phase after menopause. The postmenopause stage comes once you crossed menopause. Now, no hormones will be released sufficiently to cause you menstruation again. After menopause, there is no need to take birth control.

The answer will be no. No woman can naturally pregnant once achieved menopause. But, researches are happening for post-menopause pregnancy.

A study revealed that the restoration of ovarian activity is possible by using a woman’s own platelet-rich plasma (PRP). PRP contains the necessary growth factors and hormones.

In which 11 of 27 women again gained the menstrual cycle after the restoration of ovaries, within 3 months. Researchers’ efforts were able to retrieve mature eggs from two females.

In vitro fertilization for menopause pregnancy

IVF has been successful in post-menopause pregnancy. Though, eggs after menopause are no longer feasible. But either you can use earlier frozen egg or fresh egg donor for the successful IVF. Certain hormone therapy will be needed for the implantation and to carry a baby.

Women with postmenopause are more likely to acquire pregnancy major complications after IVF than women with premenopause.

If you are thinking of a post-menopausal pregnancy, then it is not a suitable option for you. Well, it depends on your overall health. Talk to an expert before taking any step ahead.

Thus, health state is an essential factor. It is said that after a particular age, your get more vulnerable to numerous health issues.

Related article| Menopause or pregnancy: how to compare

After attaining your 30s, the complications chances, and health risks are quite possible.

Thus, the concept of menopause pregnancy is tough to handle. As the health of a female may affect later. But, if any female is healthy for the procedure, and she takes the advice of the experts, in-vitro fertilization is a good option.

Menopause is the ending of menstruation which occurs at the age between 45-50. However, some females experience irregular periods around this age. That phase is known as perimenopause when the woman is still fertile and can become pregnant. Menopause is not an immediate process. You have not reached menopause until you don’t experience 12 months without menopause. Till then, you stay fertile. Consequently, you might have low fertility as compared to earlier. Menopause pregnancy is a sensitive and intriguing topic for all women who want a baby in their late ages. Well, it is possible by taking hormonal therapy and IVF( in-vitro fertilization). Eggs are restored in this process. Also, previously stored frozen eggs are taken. But, there are complications possible in getting pregnant after a certain age. But, on the bright side, several types of research are going on the solution of pregnancy after menopause and reversing menopause.

Can you get pregnant during menopause with no period?

No, you can’t get pregnant once you reach menopause. Menopause is the phase when you don’t get periods throughout a year and have reached the age between 45-50 years. However, you may get pregnant during the initial phase of menopause, that is perimenopause. In perimenopause, you don’t completely lose your periods, but experience irregular periods, which denotes your fertility is declining with time. But still, you have the possibility of getting pregnant.

What are the chances of getting pregnant during menopause?

Can you get pregnant during perimenopause without period?

Yes, you can get pregnant during perimenopause with no regular periods. Well, usually women with reproductive issues or ovarian failure, perimenopause is often confused with menopause. But it isn’t true that they can’t become pregnant. Chances are there even if they are getting periods irregularly and not using a contraceptive. You can’t consider menopause until your periods don’t disappear for 12 months straight. Before that stage, the possibility will remain for fertilization.

Moreover, the continuous hormonal up and down such as estrogen and progesterone contributes to ovulation and pregnancy during perimenopause.

What are the symptoms of pregnancy during menopause?

Symptoms of pregnancy during perimenopause and actual menopause are quite similar.

Here are the symptoms of pregnancy during perimenopause:-

What is the oldest age a woman can get pregnant naturally?

A woman’s oldest age is 45 to get pregnant, however, natural conceiving could not be possible. The primary age to get pregnant is in the late 20s. Once you reach your 30s, your ability to conceive declines. The number of eggs declines as women age, and that’s why women are said to plan children before reaching their 30s or late 30s to prevent any health issues and escape from fertility issues.

How can I reverse menopause and get pregnant?

However, reversing menopause after reaching age 45-50 may be possible with ovarian rejuvenation that helps in restoring the ovarian hormones which mature and burst the ovaries. Or else, if this process doesn’t work IVF can be a good option with more chances of pregnancy. In-vitro fertilization is a process by which eggs and sperm are mated externally in a test tube. Well, it can be an expensive procedure and people often choose it as the last option.

When does a woman stop producing eggs?

At menopause that comes around 45-50 years, which may extend to 56 years. During this phase when women don’t ovulate for one year straight, they stop producing eggs. Women have limited eggs that decline with age, and after attaining a particular age, they don’t stay capable of ovulation.

How do I know if menopause is starting?

There are common signs of menopause listed below:-

Can a woman have an Orgasim after menopause?

Menopausal age is enough to reduce your sex drive. It’s normal to lose blood flow in the clitoris and vagina that reduces the sensitivity making the orgasm more difficult to get and less intense. The pelvic floor muscle will weaken during the menopausal phase and stay throughout the postmenopausal years. Furthermore, the hormones contributing to orgasm also tend to low during this time.

What is postpartum menopause?

The menstrual cycle becomes irregular and the hormonal level changes which mimic the symptoms of post-menopause after just delivery. Women may experience it as a result of the up and down of hormones. Menopause can’t be considered before someone’s periods don’t disappear for 12 months consecutively. Postpartum experience can’t be considered as menopause, as they stay up to few days to weeks and then disappear.

What can trigger early menopause?

Early menopause or premature menopause can be triggered by primary ovarian insufficiency or due to a recent surgery that involved the removal of ovaries. However, the women may not be at the age of menopause and get this condition unexpectedly. Well, the word primary ovarian failure is no longer used now as the women who claim to have premature menopause may have intermittent ovulation, menstruation, and even pregnancy after a menopausal experience.

Can you go through menopause without a uterus?

If the uterus is removed, you will no longer have periods and pregnancy. But the ovaries inside might release some hormones,  you won’t experience other symptoms of menopause. You may feel hot flashes as a menopause symptom, as the surgery will block the blood flow to the ovaries. 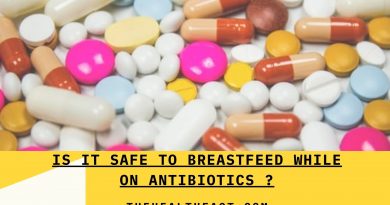 Is It Safe to Breastfeed While On Antibiotics? 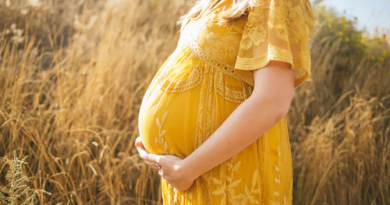