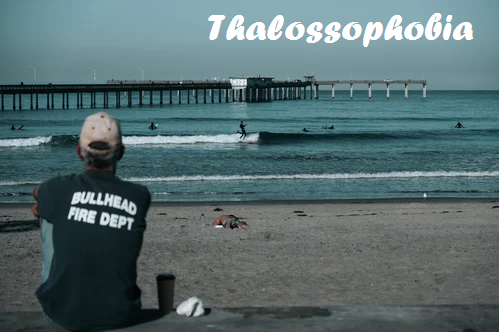 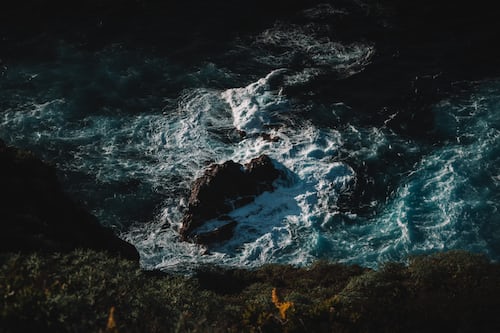 Having a fear of the ocean is somehow common. But, when it starts affecting your daily life and brings some noticeable symptoms, it can be a phobia.

However, the symptoms of thalassophobia are quite similar to that of anxiety. Symptoms include physical and emotional types.

In severe conditions, people experience panic attacks. The phobic person will feel a racing heart and nausea. Having thalassophobia doesn’t necessarily mean that you should be near an ocean. If you have fear of the ocean, the anxiety may show up when you drive past the ocean or flying over the ocean, or seeing scary ocean pictures.

Even the word “ocean” may drive you crazy when you are in severe thalassophobia.

There can be plenty of factors and causes that bring you this phobia. However, the causes are categorized into two groups: experiential and non-experiential.

Experiential: This is based upon any previous real-life traumatic event of the ocean. Thus, the exposure of those events like drowning or witnessing any tragedy in the ocean might bring those stimuli to you. Hence the development of a response to those stimuli makes you feel anxious and scary.

Non-experiential: thalassophobia can be developed with or without any past-life traumatic event.

It is important to understand that the symptoms of thalassophobia are automatic and unreasonable that the person can’t control.

Diagnosis is based on the type of symptoms that appear. Also, it should be clear that if there is any other medical problem that resembling the symptoms like anxiety and irritable bowel syndrome. Your doctor may diagnose you with a variety of tools.

Once, it is clear that there is no physical cause for your phobia, your doctor may use the criteria of DSM-5( diagnostic and statistical manual of mental disorders, edition-5):-

By analyzing every point, it can be clear out. But, if someone is diagnosed with thalassophobia, what are the treatment options?

Specifically, there are no such reports on the treatment of thalassophobia. But, it is believed that people would experience the same results of treatment, like that of other phobias.

Well, according to the researches, behavioral therapies, specifically exposure-based treatment are effective in reducing the symptoms of phobia of deep water.

Cognitive-behavioral therapy:- it’s an effective method in changing the way of thinking and can bring positive thoughts by eliminating negatives ones. In a study of 2003, neuroimaging was used to observe the impact on phobic cases.

Phobias are dangerous, as they can cause visual activation, along with the change in neural pathways. CBT has a noteworthy impact on the neural pathways of the brain in phobic individuals.

Exposure therapy is another good and practical method to treat the fear of the ocean. Phobic individuals generally avoid the things and environment which they are afraid of. Hence, exposure to the trigger object or environment in a safe place can help in eliminating the intense fear.

Other researches are going on to treat the symptoms effectively such as auricular chemotherapy and virtual reality therapy.

Medication can be used for anxiety in the short term. Although, medication is not needed in phobias.

Thalassophobia is a phobia of the ocean, characterized by excessive, unreasonable, and persistent fear of the ocean. Symptoms somehow resemble that of anxiety, such as rapid breathing, intense worrying, sweating, lightheadedness, and so on. Though, it is different from anxiety disorders. Causes include genetic inheritance or witnessing any past life traumatic events like drowning or attack of a shark. The undeveloped part of the brain which deals with fear may also be the problem. Treatments include cognitive behavioral therapy that helps in eliminating negative thoughts and changing the neural pathways.

What is the rarest phobia in the world?

Allodoxaphobia is considered the rarest phobia across the world. It comes from the word “doxophobia”, which means fear of expressing opinions. مواقع القمار While Allodoxaphobia is the fear of others’ opinions about the person itself. Hence, people with such phobias stay in constant fear of other people’s opinions about them. Consequently, the phobic person avoids indulging in any social activity or conversation, often avoiding answering questions due to a constant fear of judgment. However, any previous traumatic experience or the teachings of parents and children might affect someone’s upbringing and result in phobias like allodoxaphobia.

How do you know if you have Thalassophobia?

Everybody has a little fear of deep water bodies and feels overwhelmed when near to one. But people with thalassophobia experience different kinds of fear which start to interfere in their daily tasks. They feel triggered by anything related to the ocean, like scary pictures of the ocean, videos, and even the name “ocean”. And the fear is persistent, which brings lightheadedness, dizziness, a racing heart, sweating, shortness of breath while getting stimuli. So if you too get overwhelmed by the fear of the ocean more than others, you may have thalassophobia.

What causes fear of deep water?

Causes can be diagnosed with the history or experiences of the affected personality. Well, the fear of deep water may be triggered by any negative past experience related to it. For instance, witnessing a tragedy near the ocean may create overwhelmed behavior. Or else. Negative talks about the ocean and deep water bodies in childhood, some storytelling about a tragedy in the ocean can also develop a constant fear of the ocean growing up. Sometimes, it can be some undeveloped part of the brain which is unable to handle the fear and creating those symptoms.

Megalohydrothalassophobia is the fear of deep water large objects underwater. For instance, a person will feel that if he’ll go inside, some large body will grab it and will eat him. One may also be afraid of if some shark will attack him. A person may also feel dreams of getting trapped inside water bodies. The person will feel a panic attack and wake up sweating. This is slightly different from thalassophobia, however, can be coexisting with it.

How do you get comfortable in deep water?

Getting comfortable in deep water is a big deal for those who have an intense fear of those. قواعد لعبة بوكر But with an urge of getting recovery and support from a health professional or a loved one can make you comfortable with deep water bodies over time. Practicing dipping fingers in water sitting near water bodies like lakes or oceans may help in overcoming anxiety. Or else walking at less depth inside the ocean or dipping your foot inside a swimming pool will make it normal to near a water body. It will be more good if you practice it in assistant with a health professional.

What is the scariest phobia?

What’s a person suffering from Panophobia afraid of?

A person with panophobia feels that their phobia doesn’t make sense at all. As per the experts saying, panophobia is the fear of everything. People with panophobia worry a lot about any event or situation and get highly stimulated by adrenaline, a hormone that prepares for fight or flight conditions. It may bring other mental conditions such as depression, anxiety, and feeling of guilt, in people with low self-esteem. Some of the common physical symptoms are fast breathing, sweating, shaking, heart palpitations, vomiting, etc. somehow, having any other phobia makes you more susceptible to panophobia. One should take medical help if the symptoms are hard to tackle.

How common is Thalassophobia?

Phobias are common and according to professional diagnostic criteria in the US, almost 7-9% of people have a specific phobia in any particular year. Thought, no such reports are there to tell specifically how common thalassophobia is.

Scopophobia is the fear to be stared at. It triggers the person during any social interaction when he is the center of attention like giving a speech or performance in any function of school, college, or office. Well, mild anxiety is common during such events- scopophobia is severe as the person feels being scrutinized. People with scopophobia often feel threatened while making eye contact. It may be due to a past experience of being ridiculed socially. Most childhood experiences are hard to overcome and often result in severe phobias.

Both non-pharmacological and pharmacological interventions are needed to calm the patient and prevent potential harm to the patient or others. If crystals are observed, they may be re-dissolved by warming the vial to room temperature with agitation. Quinapril may cause increases in the amount of potassium in your body buy Cialis black price. In two controlled clinical trials, patients with psoriasis or contact dermatitis were randomized to treatment with clocortolone pivalate 0.

Fauci, MD, director of the National Institute of Allergy and Infectious Diseases (NIAID), in the release. This way, C1-inhibitor prevents the proteolytic cleavage of later complement components C4 and C2 by C1 and MBL. In case of intraventricular access device-related complications, discontinue the Brineura infusion and refer to the device manufacturer’s labeling for further instructions [see Contraindications ( 4)] http://www.verkkoapteekki24.com/. Small samples of stool are placed on special cards and sent to a doctor or laboratory for testing.

Collagenase topical may be less effective if you apply it to skin that has been treated with certain cleansers or antiseptic solutions. Anticholinergics: (Minor) Coadministration of thiazides and antimuscarinics (e. If a dose is missed by more than 6 hours, advise patients to wait and take the next dose at the usual time [see Dosage and Administration ( 2 https://onlinepharmacyinuae.com/lovegra/. United States National Library of Medicine – National Center for Biotechnology Information. How to Make Decisions in Life: Top 5 Life Changing Ways